ITALY: Alitalia Becomes A Significant Political Issue, But Progress Is Being Made In In Buying The Airline 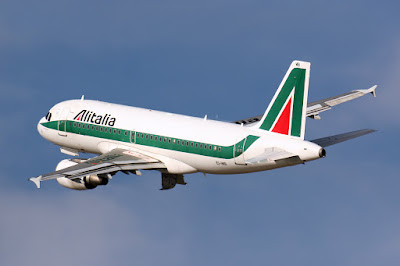 The Italian Government has confirmed receiving three offers to buy the insolvent airline Alitalia, not giving any details regarding these proposals or bidders.

easyJet said on April 10, 2018, easyJet has submitted a revised expression of interest for a restructured Alitalia, together as part of a consortium, consistent with easyJet’s existing strategy for Italy.

Given the nature of the process, the content of the expression of interest is subject to confidentiality, the airline said in a statement and clarified that further updates would be provided in due course.

Lufthansa also presented new plans and ideas of what the German carrier would convey as a New Alitalia.

On top of Lufthansa, a US investment fund in the name of Cerberus Capital Management is also in the list of potential investors who are interested in acquiring some aspects of the carrier.

Alitalia has supposedly had interest from the Air France-KLM group, although they have vividly denied such claim.

The initial report said that the group was going to provide a joint bid with easyJet, but updated plans now show that this is not the case anymore.

However, this had been delayed due to current consultations with the political parties in Italy regarding the sale of the airline.

In terms of repayments of bridge loans, these have also been delayed as state commissioners need to weigh up the bids given by the interested airlines.

The mandate of such commissioners is due to expire by the end of the month, thus putting pressure on the commissioners to make their minds up about the bids.

Although progress is somewhat evident, there is still an issue with the airline’s internal affairs.

With Alitalia being a massive problem within Italian politics, the system itself is also in crisis. The national election which took place in March resulted in a hung parliament.

Political parties have not come together yet to form an overall minority government, which could potentially extend the deadlines further if no decisions are made.

At the moment, with the political parties being notified about updates, a deal may not be made until the government is formed and solidified following such a hung parliament.

Even before the hung parliament occurred, the demise of Alitalia became a significant political issue.

With the government not being able to keep to deadlines and making a decision towards the sale of the ill-fated carrier, a decision must be made in the short-term to keep the airline fully operational.

Overall, the Alitalia/Italian Government situation is going to put significant pressure on the parties involved to push for a collective solution that will benefit all parties.

The Italian carrier released a statement saying that these offers will be analyzed to determine whether they meet all the criteria to move forward.

Currently, Lufthansa and EasyJet remain in pole position to acquire the assets of the bankrupt Italian carrier.

According to a story published in the Italian newspaper Il Sole 24 Ore, the German group is interested in taking part of Alitalia’s assets, including its fleet, slots, and some of its crew, and might have a plan to re-launch Alitalia as an all-new airline.

Lufthansa, who recently took over the majority of Air Berlin’s assets, would be interested in acquiring Alitalia’s global network, including their point-to-point slots in both the domestic and regional markets.

The German carrier’s CEO, Carsten Spohr, said on Thursday that Lufthansa would be interested in taking over Alitalia only if it were possible to make a fresh start with it.

Spohr added that if there were a chance of creating a new Alitalia, as Europe’s number one (carrier) Lufthansa would certainly be interested in the talks.

Lufthansa’s initial offer, however, was deemed too rough by the Italian airline, given that it proposed a cut of at least 50% of Alitalia’s workforce—unacceptable for both the Italian government and the carrier.

EasyJet, on the other hand, would be interested in taking some slots and several aircraft.

The low-cost-carrier released a statement stating that they have submitted an expression of interest in certain assets of a restructured Alitalia, consistent with easyJet’s existing strategy for Italy.

Given the nature of the process, the content of the expression of interest is subject to confidentiality.

There is no certainty at this stage that any transaction will proceed and easyJet will provide a further update in due course if and when appropriate.

With today’s announcement, five more parties are bidding to take some assets from Alitalia. Seven envelopes have been delivered today at the Atlante Cerasi associate notary’s office in Rome.

The special commissioners of Alitalia will now begin evaluating the envelopes, said Alitalia in a public statement.

As of today, Alitalia has received over €1 billion of the capital injection by the Italian government.

This has created some controversy, as the Italian taxpayer continues to fund a failing airline that hasn’t shown any signs of getting back on a profitable path.

The head of the powerful industrial employers’ federation Confindustria, Vincenzo Boccia, said that we will need to see who buys it and who pays for it.

I do not think Italian citizens are willing to accept paying for on behalf of and in the name of others. Alitalia needs to be competitive and appeal to investors, he said.

Even though Alitalia filed for Chapter 11 in May, the airline’s operations remain stabilized.

Now that seven binding offers have been received, a long road ahead of negotiations and internal discussions will determine the path of the ill-fated airline.

The Italian government has extended the deadline to receive improved bids and loaned an additional €300 million so that the airline remains operational.

New routes, and a new plane, are about to join Alitalia despite its financial woes.

On September 1, the airline took take delivery of its first Boeing 777-300(ER). The ex-Air Austral Triple-Seven will be deployed on the airline’s flights from Rome (FCO) to Buenos Aires (EZE)—one of the most profitable and busy routes in Alitalia’s network.

According to Routes Online, the aircraft will begin scheduled services to EZE on October 30, 2017.

Moreover, Alitalia launched three weekly flights to the Maldives on the last day of October 2017.

The departing flight out of FCO will leave at 21:45 and arrive the following morning at Male International Airport (MLE) at 11:05 every Tuesday, Friday, and Saturday.