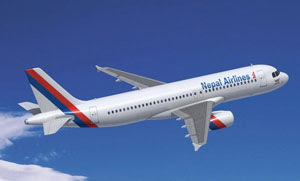 Nepal Airlines Corp. (NAC) will take delivery of the first of two Airbus A330-200s in June, in order to expand its international network following the acquisition of the two wide-body planes.

Portuguese wet-lease specialist, Hi Fly, will provide both airplanes, which are currently in final assembly stage in Toulouse, France.

The two A330-200s, powered by Rolls-Royce Trent 700 engines, will feature a two-class cabin configuration that will seat a total of 274 passengers, respectively 18 in Business class and 256 Economy class.

Likewise, the 2-aisle cabin will have each seat equipped with RAVE Centric, the latest In-seat AVOD In-Flight Entertainment System.

According to NAC, it has signed a 12-year contract of total-care-package for the aircraft’s Rolls-Royce engines, including spare engines, if needed.

Also, it operates domestic flights from its regional hubs at Biratnagar, Nepalgunj, and Pokhara.