TANZANIA: Asalia Africa Is Top Most Committed To Responsible Tourism In Africa 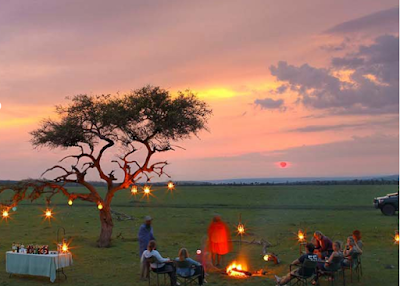 The project is intended to create a sustainable tourism industry, high quality and numerous jobs for local people and discourage poaching by offering alternative income streams.

Jim Ratcliffe says, I have visited Southern Tanzania many times and know what an extraordinary place it is. As has been seen so clearly in the Okavango Delta, when a local community benefits from high-quality employment from tourism, poaching flips to protection to preserve those jobs.

Asilia Africa is well known for being one of the best and most responsible luxury safari companies on the continent.

The three camps sit within two unique eco-systems which cover over 100,000 sq km of conservation land.

They are home to one of the most diverse collections of wildlife in the world, including the largest single concentration of lions.

The Jabali Ridge and the Jabali Private House are situated in the Ruaha National Park which is home to 10% of the world’s lion population.

The Roho Ya Selous camp is located in the heart of the Selous Game Reserve, overlooking Lake Nzerakera. This very stylish camp provides game drives, fishing, boating and walking safaris.

Each guest should generate over $100 per day for the local area.

Jeroen Harderwijk, the founder and CEO of Asilia Africa, says, We have long wanted to expand into Southern Tanzania and the joint venture with Jim has allowed us to do it.

The creation of three camps means there is now a Southern Tanzania circuit which should prove a real attraction to responsible safari travellers from around the world.

Jim Ratcliffe is a firm believer in conservation and has backed many sustainability projects in the past.

As well as these three camps, he is currently supporting a research facility in the area which is monitoring both the local wildlife and the environment.

Jim has also bought over one million acres in North East Iceland to help protect Icelandic salmon from overfishing and environmental threats.

Jim Ratcliffe adds, I believe in sustainable conservation and know that the only way to ensure the long-term survival of unique and vulnerable habitats like those in Northern Iceland and Southern Tanzania is through projects like these which protect the animals, preserve the environment and help the local community.

Roho ya Selous, in the UNESCO world heritage site of Selous Game Reserve in southern Tanzania, is the latest addition to the Asilia stable of ecotourism camps.

As an impact company, Asilia is a leader in the African eco-tourism industry.

So, what is impact investing? It’s a very specific type of investing, which occurs across all types of asset classes. Its basic premise is to have a positive impact on society and the environment.

It can also be thought of as sustainable philanthropy. Operating 18 camps in East Africa, Asilia’s vision is to turn vulnerable ecosystems into viable conservation economies.

The establishment of Sayari as a semi-permanent camp in an area that was overrun by bushmeat poachers, and as a result was devoid of tourists, was pivotal to the northern Serengeti’s turnaround.

In 2010 Rekero Camp in the Masai Mara Game Reserve joined the growing Asilia tribe. Since then Naboisho Camp in the all-important Naboisho Conservancy itself nurtured into being by Asilia and other stakeholders showcases the benefits that local people can derive from nature if the will and know-how exist.

For its innovative and exemplary governance model, the Naboisho Conservancy won the prestigious African Responsible Tourism Award in 2016.

It is a growing employer generating sizeable revenues to national governments in the form of fees, levies and taxes – approximately US$7.8 million in 2016/17.

In addition, Asilia raised a further $236,000 for conservation and social development projects in the areas where it operates. Direct contributions from the company to the same projects amounted to $137,000, over and above this.

The extra $370,000 was donated to effective and vetted partners in East Africa. For more information on Asilia’s partners and their projects please go to Asiliagiving.org.

This sense of making a difference to real people and places is an attraction to international tourists. It also helps ensure the sustainability of the wild areas where Asilia operates.

Asilia was just rated as the company in Africa which is most committed to responsible tourism standards in Africa, according to a Fair Trade Tourism review of certified safari lodges and camps.

We are extremely proud to be singled out by Fair Trade Tourism as a leading responsible tourism company in Africa. Making a positive impact is integrated into all our management routines.

What gets measured gets done.

The great benefit of certification schemes like Fair Trade is that they help to benchmark performance so that together we can continue to raise the bar, says Jeroen Harderwijk, CEO and Co-founder of Asilia.

The survey conducted, across eight countries on the continent, found that Asilia has 48% of its properties certified at best-practice responsible tourism level.

The review places Asilia at the top of the list, while Wilderness Safaris came in with 42%, Great Plains at 29%, Elewana Collection at 27%, Serena and Classic Safari Africa both at 14%, and Sanctuary and &Beyond both have 10% of their properties certified at best-practice level.

We congratulate all tourism companies that achieve best-practice certification, it is not only a testament to their commitment to doing the right thing, but to their impressive level of transparency.

In addition, Asilia remains the only safari company in Africa to be certified by the Global Impact Investment Rating System. Ranked at Platinum Level, Asilia is in the top 10 of impact companies worldwide.

Asilia believes that by making bold, and often pioneering, investments into areas that are ecologically and economically vulnerable, these areas can be turned into viable conservation economies, benefiting both the people and nature alike.

We work closely with communities, authorities, NGOs and industry partners to achieve the best possible long-term outcomes for all concerned.