RUSSIA: Aeroflot Resumes Moscow To Cairo Flights, After October 2015 Bombing Over Sinai Peninsula Killing 224 On Board 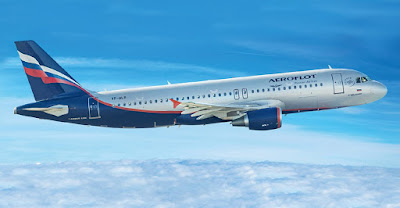 Aeroflot resumed regular flights from Moscow to Cairo on April 11.

Even though air service between Russia and Egypt has been interrupted for such a long time, the load factor on upcoming flights is more than 85%, Aeroflot says.

Aeroflot says that it has booked nearly 3,750 seats from SVO–CAI and over 3,700 CAI–SVO from now until the end of the Summer.

From June 12 until July 2, Aeroflot will fly daily between both cities due to the increased demand for air transportation while Summer comes to an end.

In October 2015, the bombing of a Russian airliner over Egypt’s Sinai Peninsula killed 224 people onboard. As a result, Moscow suspended all operations to Egypt.

This has adversely affected Egyptian tourism, which is heavily dependent on Russian travelers.

In December 2017, Russian and Egyptian officials signed a security cooperation protocol in order to restart services.

Since the attack, claimed by the extremist Islamic State group, the northeast African country guarantees it has acquired monitoring cameras, modern baggage-scanning equipment, finger-print security gates, among other features.