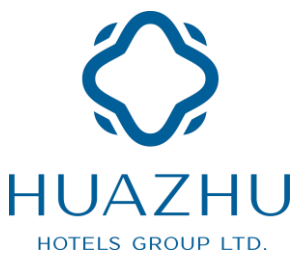 A Chinese hotel group is investigating the possible leak of millions of customers' records, which appear to be for sale on the internet.

An advert is offering the 140 gigabyte data trove in exchange for Bitcoin on a dark web forum.

Security experts believe the firm's database may have been accidentally uploaded to the internet.

Huazhu Hotels said it called the police without any delay.

It is one of China's largest hotel chains, operating more than 3,500 properties across 13 brands including Ibis and Mercure.

Cyber security firm Zibao told a local news outlet that it believed the breach was a result of the hotel group's software developers accidentally uploading a database to Github, a service where developers can collaborate.

The group said they had paid significant attention to this matter and immediately implemented an internal audit to guarantee the safety of our guests' information.

It added that it was using external companies to verify whether a leak had happened.

Data breaches are nothing new for China, but the scale of customer data involved has led to international press attention for the hotel group.

Huazhu Hotels Group Ltd is a hotel management company in China. It was previously known in English as China Lodging Group Limited.

The company head office is in Changning District, Shanghai.

Ji Qi the founder, stated that he got the idea to start the chain by reading a book discussing Accor Hotels.

In May 2015 the company announced that former President Jenny Zhang was to be appointed Chief Executive Officer.

The company classifies Joya and Manxin as upscale brands, JI and Starway as midscale, and Hanting and Hi Inn as economy brands.

Previously the sub-brands of Hanting Inns and Hotels were Hanting Seasons Hotel and Hanting Express Hotel, and Hanting Hi Inn.

Jiazhen Huo and Zhisheng Hong, authors of Service Science in China, wrote that the Hanting brand is promoted to be similar to youth hostels so as to meet the customer demands lower than its former market positioning