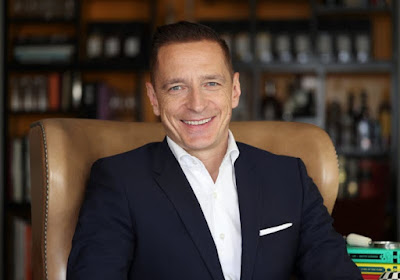 In this new role, Hauck will oversee the operations of the 156-room historic seafront property in the Sri Lankan capital of Colombo, while supporting growth objectives and driving operational excellence for Louis T as it accelerates its strategic expansion in South Asia.

Robert is an exceptional hotelier with a career that has spanned some of the world’s top luxury hotels and brands, said Mikael Svensson, senior vice president of Louis T Collection.

I am confident that he will take the legendary Galle Face to a new level, and his demonstrated success in hotel openings, turnarounds and developing new hospitality concepts will be critical as we strategically drive our growth.

A hospitality leader with over 25 years of experience in hotels across Asia, Europe, South America and the Caribbean.

Hauck was most recently general manager of Kanuhura in the Maldives, an 80-villa, 10-F&B outlet resort that he took through a successful reopening and re-positioning project after an 18-month renovation.

He was also president of Thanyapura in Phuket, Asia’s first sports resort, directing the launch of the mixed-use project.