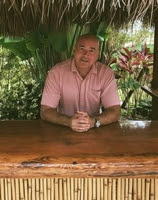 An industry veteran whose dedication and tenacity has propelled him through his 30-year career across the globe, Robbins will oversee all aspects of the hotel, including food & beverage, spa and fitness operations, sales, and guest relations.

Scott Robbins said, I could not imagine a more exciting place to write the next chapter of my story. Central Florida is booming, and Margaritaville Resort Orlando’s ethos of escapism, will change the face of tourism in the area.

A Bronx, New York native, Robbins teen years predicted his career future in the resort industry. His hard work paved the roads of his future to understand and lead teams, as he worked in positions ranging from maintenance to server and chef.

Robbins’ drive and hard-work continued, as he congruently put himself through Johnson and Wales University for Culinary Arts.

Continuing to work in hotel and restaurant groups across the northeast, Robbins gained further experience at everywhere from Hyatt Hotels to comedy clubs and from trendy themed restaurants, to overseeing David Rockefeller’s private dining room and planning functions for high-profile families including the Clintons. 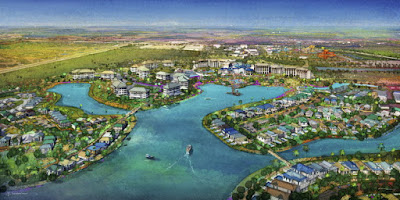 Margaritaville Resort Orlando
Armed with a colorful history and thirst for memorable experiences, Robbins headed to the Caribbean, where he served in senior leadership positions for Wyndham Rose Hall in Jamaica, Sandals and Beaches Resorts in Jamaica and Turks and Caicos, and upscale Jamaican boutique resorts.

He eventually became the manager of five restaurants and nightclubs for Island Entertainment Brands, which included Jimmy Buffett’s Margaritaville, foreshadowing his newest venture.

Most recently, Robbins helped Aimbridge Hospitality launch its Jewel Resorts brand, starting with Dunn’s River Beach Resort and Spa in 2010 and following suit with numerous others.

In that position, Robbins helped the company win several awards and himself was named Resort General Manager of the year by Aimbridge Hospitality.