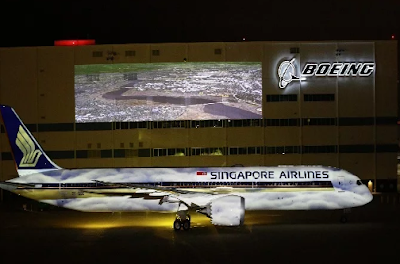 If you’ve ever dreamed of flying at the height of luxury on Singapore Airline’s legendary first class suite, the month of August presents an extremely rare opportunity to do so at an affordable price.

From now until Aug. 23, Norwegian Air will operate one of its daily London Gatwick to New York JFK routes on a leased A380 jumbo jet that formerly belonged to Singapore Airlines.

That means that some passengers who book seats in its premium cabin will get a mega upgrade, elevating their experience from the extended legroom and amenities of a normal Norwegian premium ticket to a private suite with lie-flat beds.

Singapore’s premium product is recognized by many as the best in the industry, so flying it for just over $600 one-way is a steal.

Why is a low-cost airline known for its hyper-efficient aircraft operating a route on the four engine A380 super jumbo jet?

Like several other major transatlantic carriers, Norwegian has been heavily affected by the engine problems of some Boeing 787 Dreamliners.

This issue with the Rolls Royce-manufactured Trent 1000 engine has caused airlines to create workarounds while their aircrafts are inspected for safety.

In the case of Norwegian, the airline has entered a wet-lease contract with an airline called Hi Fly, which has a business model of providing a fully-equipped aircraft—crew, maintenance, insurance and all—when an airline cannot operate a route on its own aircraft and doesn’t want to cancel flights.

Hi Fly operates all manner of aircraft, and it acquired the 12-year-old A380 it is using on this route in July.

Amenities and aircraft configuration on these wet-leased flights can differ significantly from what are advertised on Norwegian’s website at the time of booking.

But in this particular case, that divergence could be a win for passengers. Even those who don’t end up in the suites will find the business class cabin a notable upgrade compared to Norwegian’s premium economy product.

According to a statement from Norwegian given to The Points Guy, the aircraft will be used on its evening London-New York and overnight New York-London services.

In the booking portal on Norwegian’s website, you should see - Operated by Hi Fly where you’d normally see the aircraft type.

So what are the odds of snagging a suite after purchasing a premium ticket?

Rather than allowing customers to choose between the 12 first class suites or 60 lie-flat business class seats, they all cost the same, and Norwegian is randomly allocating the suites to premium passengers, according to reports.

So if you buy a premium ticket on one of the A380s, you have a 16.67% chance of getting seated in the first class cabin, according to aviation blogger Sam Chui, and you’re guaranteed to at least get a lie-flat seat.