PHILIPPINES: Boracay Reopens To Tourists October 26, Though Sewage Is Still Flowing Into The Sea 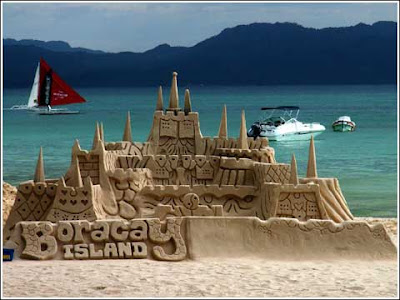 Despite an absence of holidaymakers and operational businesses, Philippine officials are still finding sewage in the sea.

There are still two months to go until Boracay reopens to tourists, on October 26, but already the description of the island as a cesspool no longer applies, at least according to Environment Secretary Roy Cimatu.

Speaking at an event to celebrate the 31st anniversary of the establishment of the Department of Environment and Natural Resources (DENR), Cimatu said that White Beach, Boracay’s famed stretch of powder-fine sand and crystalline waters, is clean once again and that the water quality has improved.

In fact, all that remains to be done is the finishing of the roads and implementing of all the decongestion in the area, said Cimatu, adding we are almost there.

If true, Boracay has made a rather miraculous recovery, the island having struggled to deal with the amount of sewage it generated before the April closure.

To rectify the situation, the DENR is installing a new sewage system, which will be completed in September, Cimatu said on August 9 – contradicting somewhat his statement that the lion’s share of the work had already been completed.

He explained that pipes transporting treated sewage and waste water would open into the sea at least 1km from the shoreline, an upgrade on the existing arrangement, which saw raw sewage pumped directly into the ocean.

As many as 200 establishments were not connected to the sewer lines, and although there are no reports to suggest that this has been remedied, all hotels and resorts on White Beach with 50 rooms or more have been ordered to install their own sewage treatment plants.

Those with less than 50 rooms were instructed to work together to make clustered treatment plants. Following treatment, the sewage will be sent into the ocean.

The Department of Tourism opens accreditation for Boracay businesses on August 16, without which companies will not be allowed to operate. To receive accreditation, all environmental and legal requirements must be met.

There are suggestions waste is still being illegally dumped into the sea. Eduardo Ano, a government official and part of the Boracay inter-agency task force charged with cleaning up the island, said that certain establishments have taken to hoarding their quotidian rubbish before disposing of it in the ocean after dark.

He speculated that the perpetrators are those businesses who refuse to pay for their own sewage treatment plants. Ano also suspected that illegal pipes transporting waste from establishments to the ocean remained buried. Divers have been hired to track the source of waste found in the sea.

Of course, an absence of waste producing tourists could have something to do with the improvement in water quality, despite Cimatu’s insistence that it is the result of enhanced infrastructure, even though the bulk of this has yet to be completed, let alone become operational.

At a speaking engagement last month, he highlighted a recent whale shark sighting off Boracay, suggesting that its appearance was indicative of environmental progress.

Greenpeace was quick to clarify that whale sharks are frequent visitors to the island’s waters and should not be used as an indicator of success.

At the DENR anniversary event, the outspoken Duterte put an end to rumours Boracay’s rehabilitation had been expedited to make way for the development of a casino.

We do not have any interest in that. Do not ever believe this s***,I will not allow gambling Duertete emphasized

Whether floating faecal matter will be as emphatically renounced remains to be seen.

US News & World Report has ranked Phuket’s beaches as the second best in the world. They are not quite as good as those on Hawaii’s Big Island, says the American media company, but they do trump the shores on the 50th state’s island of Maui.

Special mention also goes to its flavourful cuisine and rich culture, all of which combine to make Phuket a little piece of paradise, which comes with a relatively low price tag.

Now is not the best time to visit this particular paradise, however, as a strong monsoon surge pounds the island’s west coast, causing erosion to the beaches.

On August 11, two lifeguard stations had been destroyed by powerful waves. Swimmers are advised to exercise caution and beware of rip currents.