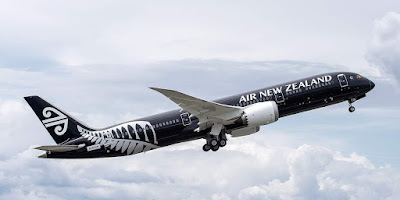 Air New Zealand will use a leased plane from Taiwan's EVA Air to cover for Dreamliner aircraft that are still affected by Rolls-Royce engine problems.

An EVA Boeing 777-300 will be used on Auckland-Vancouver and Auckland-Nadi routes for a fortnight from later this month.

It is the second leased 777 Air New Zealand is using.

During a six-week period until early September, the airline has an ex-Singapore Airlines 777-200 on the Auckland Honolulu route as it works through checks and repairs, if needed, to different parts of Trent engines.

The EVA plane is believed to be about nine years old, six years younger than the ex-Singapore aircraft which has been praised as roomy but has had problems with its in-flight entertainment system.

Air New Zealand said that it was leasing planes because continuing to get customers to their destinations has been its first priority as it worked through disruption from engine issue.

This particular aircraft is of a similar standard to our Air New Zealand fleet with business, premium economy and economy class seating, the airline said.

There are 38 business class seats, 64 premium economy and 221 economy seats.

We are pleased to confirm that Air New Zealand crew and pilots will be operating this aircraft, who will provide the friendly Kiwi service our customers are familiar with.

Earlier this year the airline wet leased older Airbus A340s from charter operator Hi Fly that needed to be staffed by its Portuguese crew.

Air New Zealand's flight schedules have been badly affected because nine of its 11 Boeing 787s have engines subject to inspections of compressors and range some can fly from airports has been restricted.

Engines have been flown to Singapore to replace cracked compressor blades, a job that can take 10 days but also stretch for weeks depending on what else is needed.

The intermediate compressor problems, and earlier turbine blade problems led to groundings and severe disruption for airlines, including Thai and LATAM which also serve this market.

British Airways, Virgin Atlantic and Singapore Airlines' regional carrier Scoot have also been affected by problems with Trent Package C engines, used by about a quarter of the Dreamliner fleet.

EVA Air started flying in 1991, has 78 aircraft serving 63 destinations. It had more than 12 million passengers across its network and the US is its biggest market outside of Asia Pacific.

The airline was awarded best business class and premium economy class in Asia, at the 2018 TripAdvisor Awards which are determined by airline reviews and ratings submitted by travellers worldwide.