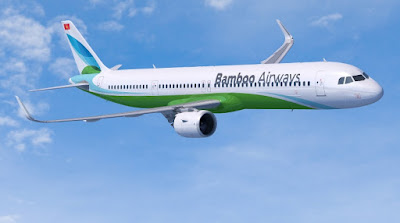 There will be more flight options for Vietnam’s domestic and international travellers when property developer FLC Group JSC launches Bamboo Airways in October.

Planning to operate 37 routes, the airline wants to cash in on the growing domestic middle class and rising international tourist numbers.

The launch is set to go ahead as long as the airline receives the government’s aviation license, which is forthcoming according to Bamboo Airways chairman Trinh Van Quyet.

While the aviation in Vietnam already seems well served, according to IATA the Hanoi to Ho Chi Minh City route is the sixth busiest in the world, and in the next 20 years the country will be in the top five of the world’s fastest-growing air travel markets.

The first half of this year saw the aviation industry move 23.6 million passengers, according to Hanoi’s General Statistics Office, an impressive increase of 15% year on year.

With a good investment, well-prepared staff and new aircraft, we will become a giant right after we launch the airline, added the chairman.

Bamboo Airways, is a startup airline by a Vietnamese construction company, FLC Group. The airline will be established with a charter capital of US$30.8 million.

The airline is to be based at Quy Nhon’s Phu Cat Airport. Bamboo Airways will commence operations in late 2018 or early 2019.

Bamboo Airways will serve destinations where FLC Group has heavily invested in tourism infrastructure, as well as other secondary domestic routes.

The airline was founded in 2017 and submitted it request to the Vietnamese prime minister for approval.

The government's approval was confirmed on July 9, 2018.

The airline's application for a licence shall have an official verification of investment capital, a chart of the company’s internal system, a contract for selling or renting aircraft, the company’s operating and transportation guidelines, and a strategy for product development.

The airline plans to launch with a fleet of 30 aircraft for domestic services. They have signed a Memorandum of Understanding (MOU) with Airbus for 24 Airbus A321neos.

The airline will start operations with aircraft on lease from third party lessors before taking delivery of the aircraft from Airbus.

FLC Group chairman met leaders of Boeing on June 25-26 in Washington D.C. and they mutually finalized the Memorandum of Understanding (MOU) with Boeing for 20 Boeing 787 Dreamliner aircraft, costed USD$ 5.6 billion, scheduled to deliver from April 2020.

Some experts doubt about the transactions concerning the financial capability of this startup, FLC actually purchased 44 aircraft from Airbus and Boeing in form of sale-and-leaseback.