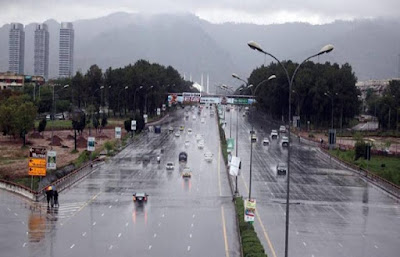 The downpours also plunged parts of Islamabad into darkness, with more than 70 feeders tripping in the city.

According to the Islamabad Electric Supply Company, repair work is under way to restore electricity in the affected areas.

Hot and very humid weather is expected elsewhere in the country during the next 12 hours.