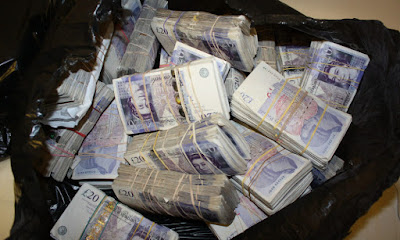 A couple caught smuggling hundreds of thousands of dollars through the international airport in Atlanta, in order to then transport that money out to California, have officially been charged; the couple used the husband’s status as a Delta Air Lines employee to make the smuggling operation go smoothly.

Bubacarr Drammeh, a Delta Air Lines employee, and his wife, Matako Drammeh, have officially been charged in a smuggling operation that brought hundreds of thousands of dollars through Atlanta’s international airport in order to then transport that money to California.

Between November 2016 and September 2017, the two used Bubacarr’s employee status to skip security screenings and thus sneak the money through, and then the unscreened money was carried on flights to California.

Bubacarr also allegedly bribed airport employees whenever he got caught in order to get the cash through.

One particular incident occurred on September 2, 2017, when he tried to carry a bag of $140,000 cash through employee security.

The security screener called out the cash, and Bubacarr allegedly offered the screener $8,000 to not report the money.

Instead, the screener called the police.

We work constantly with our law enforcement and airline partners to maintain a safe, secure environment at the world’s busiest and most efficient airport.

Additionally, we will continue to assist the federal authorities as needed in this investigation.