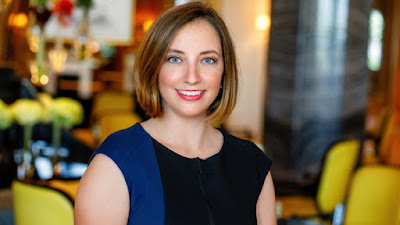 In her new role, Schwier will report to Thomas Carreras, General Manager and previously opening Hotel Manager in 2016.

Schwier's journey with Four Seasons began in 2013 when she joined Four Seasons Hotel Los Angeles at Beverly Hills as Director of Housekeeping.

Schwier spent two years in the epicentre of America's entertainment industry where she managed to demonstrate her incredible talent and knowledge of Rooms Division operations before being promoted to Director of Rooms at Four Seasons Resort Dubai at Jumeirah Beach in November, 2015.

During her first international posting, Schwier was responsible for managing an inventory of 237 rooms and suites and served as a resource for the region as part of the EMEA Rooms Council.

Schwier loves to travel and part of the appeal of Dubai was finding time to explore 34 countries on all sides of the globe in her 2.5 years in Dubai.

She topped this off with skydiving on her last day in the UAE.

Schwier was the director of rooms at the Omni Orlando Resort, having already held the positions of front office manager and director of housekeeping.

Schwier started her 14 year career in hospitality in her hometown of Indianapolis, Indiana. Schwier graduated from the University of Indianapolis with a Bachelor of Arts in Philosophy in 2004 with a Rooms Division Executive (CRDE).

When asked about moving to New York, Schwier says, I am amazed to be at the heart of the theatre and arts scene given my love of music and arts.

Four Seasons Hotel New York Downtown is the ultimate destination in the new, New York. Schwier is extremely excited to be returning to the United States with her husband as they embark on this new journey in New York City.