MEXICO: Travelers Advised Not To Go To Colima, Guerrero, Michoacán, Sinaloa And Tamaulipas States Due To Crime 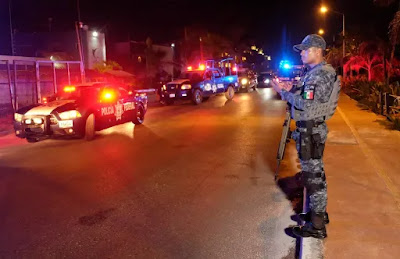 U.S. State Department issued a level two travel advisory for Mexico after eight bodies were discovered in the beach resort city of Cancun.

Some of the bodies were discovered in the trunk of a taxi cab and at least two bodies were found dismembered.

The bodies of a man and a woman were discovered shoved into the trunk of an abandoned taxi cab at a shopping mall in the early hours Monday. The identities of the two victims was unknown.

Authorities discovered the bodies of two men dismembered and placed in several plastic bags at another location. The bodies, which were not identified, were discovered on Rancho Viejo avenue.

Another man was found on Tuesday bound and shot to death. A sixth man was murdered while lying in a hammock, while a seventh victim was fatally shot and covered in a plastic bag, the prosecutors’ office in the state of Quintana Roo said.

The eighth victim was found decapitated in the neighborhood of Tres Reyes. None of the slayings occurred in Cancun’s beach-side hotel zone.

The State Department warned travelers to exercise increased caution in Mexico due to crime. The travel advisory, which was issued on Tuesday, noted that violent crimes were widespread in the country.

Travelers were advised not to travel to Colima, Guerrero, Michoacán, Sinaloa and Tamaulipas states due to crime. The advisory suggested using toll roads whenever possible, avoiding driving at night and being vigilant while visiting banks or ATMs.

The travel advisory also noted that while many homicides in Quintana Roo state appeared to be targeted, violent crimes have occurred in areas frequented by American tourists.

Violence in Cancun, which is a popular beach destination for international tourists, has been seemingly on the rise.

In April, 57 murders were reported, including 14 homicides that occurred within a 36-hour time frame near main tourists attractions.

Authorities believed those 14 murders were drug-related.