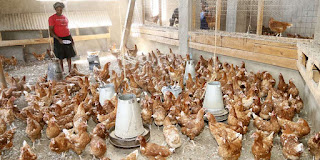 Three large Ugandan firms are set to make millions after they were exclusively allowed to bring poultry products into Kenya.

Kenya has partially lifted the ban on the products from the neighbouring country after an eight-month embargo that saw chicken and eggs locked out of the Sh500 million market following the outbreak of avian influenza disease.

The move, which will be strictly monitored by authorities for safety purposes, will see three firms approved by the Ministry of Agriculture—having met the required safety conditions—export the products.

Agriculture secretary Willy Bett says Kenya sent a team of inspectors from the ministry in June to see measures that Uganda had put in place to contain the disease.

The Kenya government has decided on partial lifting of the trade ban allowing the importation of poultry carcasses, eggs and day old chicks from three facilities which have been inspected and meet safety standards, said Mr Bett.

The Ministry of Agriculture, Animal Industry and Fisheries in Uganda confirmed the first outbreak of highly pathogenic avian influenza in January.

This led to Kenya banning importation of poultry and poultry products from Uganda to prevent the spread of the disease into the country.

Following the lifting of the ban, Kenya has spelt out tough conditions to Uganda that will ensure only poultry products from designated firms get access to Kenyan market.

Uganda will have to ensure that chickens to be exported have been held in secured premises free from the disease for six weeks and there should have been no other outbreaks in the surrounding 10 kilometres for 30 days.

Hatching eggs must similarly have originated from breeding flocks free of the diseases and must have been present in a hatchery for six weeks prior to export.

The Uganda veterinary authority will also be required to intensify active surveillance virus detection both in wild and domestic poultry to prove absence of infection in the outbreak areas.