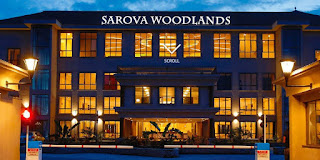 The Sarova Group has opened a Sh1 billion five-star hotel in Nakuru, bringing its total number of properties in the country to nine.

The hospitality chain has started accepting guests to Sarova Woodlands, a 142-room facility located near State House Nakuru — about a kilometre to the town’s central business district (CBD).

According to the Sarova website, guests will pay between Sh14,000 and Sh50,000 per night at the facility, rates that the hotel chain says are applicable until September 30.

Sarova is owned by the family of the late businessman G.S. Vohra and John Ngata Kariuki, a former Kirinyaga Central MP and brother to former spymaster the late James Kanyotu.

The chain consists of hotels, resorts and game lodges.

Sarova Woodlands, the hospitality chain’s second investment in Nakuru, will be become the second five-star facility in the county after Lake Elementaita Serena Camp.

Other properties owned by the group include Sarova Stanley and the Sarova Panafric in Nairobi, the Sarova Whitesands Beach Resort & Spa in Mombasa and Sarova Mara Camp in the Maasai Mara Game Reserve.