VIETNAM: Government To Cut Its Shareholding In Vietnam Airlines 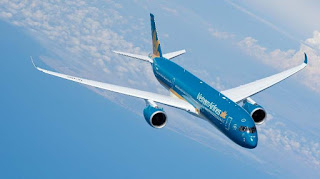 The Vietnamese government has announced plans to reduce its shareholding in Vietnam Airlines (VN, Hanoi) by 2019.

However, according to a divestment list proposed by the Ministry of Planning and Investment this week, government is looking to whittle down its shareholding in Vietnam Airlines by 51% to just 35.16% by 2019.

In its latest 1H17 financials, Vietnam Airlines reported a 6.1% year-on-year increase in passenger numbers to 9.95 million for the first six months of the current calendar year.

The move is part of Hanoi’s drive to raise additional funds for its national investment plan covering the period 2016-20, and to advance the restructuring of state-owned enterprises.