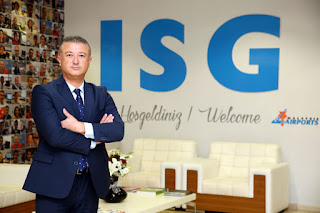 Malaysia Airports announced the appointment of Ersel Goral as the new CEO of ISG. ISG is the operator of Istanbul Sabiha Gökçen International Airport.

In 2008, Malaysia Airports, together with its consortium partners Limak Group (LIMAK) and GMR Infrastructure Limited (GMR), signed an implementation agreement with the Turkish's Ministry of Defence and subsequently took over the operations of the ISGIA in May 2008.

The concession tenure is for a period of 20 years.

ISGIA is the world's largest seismically isolated building, meaning the building moves side-to-side during an earthquake.

The whole building moves as a single unit, preventing damage from uneven forces acting on the structure.

Graduated from Istanbul University Business Administration in 1998, Ersel Goral has an extensive knowledge in airport management.

He has worked in several positions at airports in Georgia, Macedonia, Tunisia, and Turkey.

Before appointed as the new CEO of ISG, Goral was working as the Chief Airportwide Integration Officer at İstanbul Grand Airport.